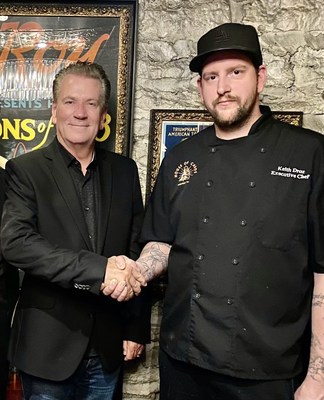 In the new position, Droz will oversee culinary operations at all of the company's food and beverage operations which are: Skull's Rainbow Room, Johnny Cash's Kitchen & Saloon, House of Cards, Nudie's Honky Tonk and the Bongo Java Cafe at The Johnny Cash Museum.

"Keith took on the responsibility of Executive Chef at House of Cards during a critical period in its development and successfully transformed and elevated the dining to a world-class experience, including being named one of America's Best 100 Restaurants by OpenTable. He has collaborated with our Chefs at our other venues and is respected and highly regarded by our staffs. I'm proud to have Keith in this important position."