NASHVILLE, Tenn., Oct. 9, 2019 /PRNewswire/ — Captain D’s, the nation’s leading fast casual seafood restaurant, announced today the signing of two new franchise development agreements that will grow its brand footprint in Illinois, specifically in the Chicago metro area and Champaign. The brand currently has six locations throughout the state, and Illinois remains part of Captain D’s greater expansion plans for the Midwest region. In addition to opening a new location in Carbondale earlier this year, the fast casual seafood leader has two additional locations slated to open in Milwaukee, Wisconsin and Chillicothe, Ohio before the end of 2019. 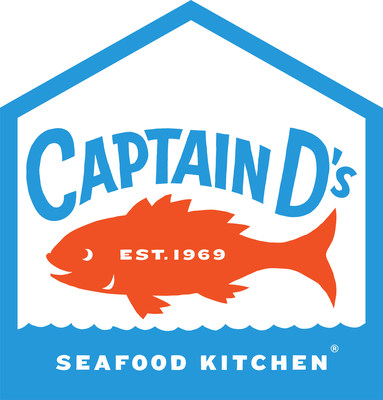 Bringing Captain D’s first restaurant to the Chicagoland area are new franchisees Tina Patel and Hardik Patel of Sheiva 11, Inc. Tina is an experienced multi-unit franchisee, operating a portfolio that includes three Dunkin’ restaurants and one Subway in the Chicago metro area. In addition to their Chicago location, the duo has agreed to develop a second Captain D’s location in Wisconsin, slated to open in the next few years.

«Being longtime franchisees of well-established legacy brands, when Hardik and I began looking at concepts to diversify with, we didn’t want to stray too far from our values, but also wanted something different that would allow us to continue operating our existing locations without conflict. When we came across Captain D’s, we knew we had found the one,» said Tina Patel. «In its 50th year, the brand continues to prioritize innovation and has developed a best-in-class support infrastructure that has made the entire process seamless for us. We’re very excited to be part of its early growth in the Chicago market.»

In addition to the development in Chicago, first-time Captain D’s franchisee Sunil «Sunny» Modi and his nephew, Nirav, will be bringing a new restaurant to Champaign. Sunny is a franchising industry veteran with more than 20 years of experience in multi-unit operation. He brought the first five Dunkin’ franchises to the Champaign area in the late 1990s and early 2000s before retiring in 2016. During a trip to Nashville, he tried Captain D’s for the first time and immediately inquired about becoming a franchisee. His first Captain D’s will open at 1409 N. Prospect Ave. in early 2020.

«Our ongoing growth in Illinois and throughout the Midwest is a direct reflection of our strong unit economics and leadership in the fast casual seafood space, as well as the unwavering commitment we have to our franchisees’ success. We’re thrilled to continue driving our development throughout the region and to be bringing several new restaurants to the area in the near future,» said Brad Read, chief development officer of Captain D’s.

With more than 530 restaurants in 22 states, Captain D’s is the fast-casual seafood leader and number one seafood franchise in America ranked by average unit volume. The company is currently seeking multi-unit operators to join in the brand’s rapid expansion. For more information about franchise opportunities, visit http://www.captaindsfranchising.com or call 800-314-4819.

ABOUT CAPTAIN D’S
Headquartered in Nashville, Tenn., Captain D’s has more than 530 restaurants in 22 states. Captain D’s is the nation’s leading fast casual seafood restaurant and was named the #1 seafood chain in the QSR 50, ranked by AUV. Founded in 1969, Captain D’s has been offering its customers high-quality seafood at reasonable prices in a welcoming atmosphere for 50 years. Captain D’s serves a wide variety of seafood that includes freshly prepared entrees and the company’s signature batter dipped fish. The restaurants also offer premium-quality, grilled items such as shrimp, Tilapia and Salmon, as well as hushpuppies, desserts and freshly brewed, Southern-style sweet tea, a Captain D’s favorite. For more information, please visit www.captainds.com.